The United States National Women’s Soccer team has been on a roll since Hope Solo was invited to the team in 2007 as a goaltender. 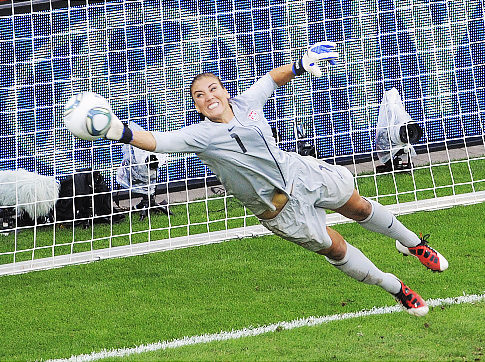 But there is more to Hope Solo that meets the eye. Did you know that Solo was originally a high school All-American forward? She scored 109 goals in her high school career. Solo’s career has been filled with obstacles that have only been overcome by her passion for the sport. Since 2008 Solo has only lost 3 times in 66 matches, an outstanding record.

In July and August, Indiana Humanities is exploring the topic of “passion,” as part of its Spirit of Competition theme.