For 200 years, authors have been inspired by Mary Shelley’s Frankenstein. Like Victor Frankenstein himself, writers have cut, manipulated, stretched and stitched Shelley’s original story into new creations that speak to the conditions of their own time. Here are just a few Frankenstein adaptations that offer a new take on a classic tale: 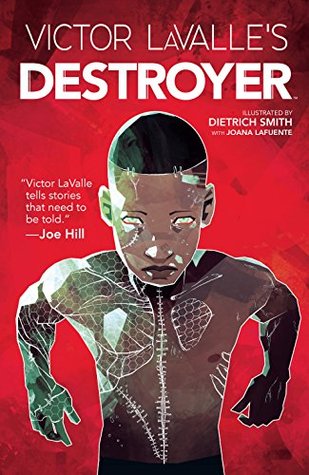 One of the most exciting new adaptions of Frankenstein is Victor LaValle’s Destroyer, a graphic novel that reimagines Shelley’s story in light of police brutality. The original creature – the one from Shelley’s tale – is found residing in the arctic, eschewing humanity. He finds an ally in Dr. Josephine Baker whose son, Akai, has been killed by police.  LaValle is not the first author to draw comparisons between marginalized groups and Shelley’s creature, but this beautifully-rendered continuation of the story offers a contemporary meditation on violence, loss, justice, and the power of a mother’s love.

Hear from Victor LaValle himself when he visits Indianapolis on Oct. 11. Get tickets.

What if Victor Frankenstein had a twin? When Victor’s twin, Konrad, falls ill, Victor is motivated to find the elixir of life in Kenneth Oppel’s This Dark Endeavor. In Oppel’s retelling, young adult readers are invited to contemplate just how far their ambitions can take them, and what we will do for friendship or love. 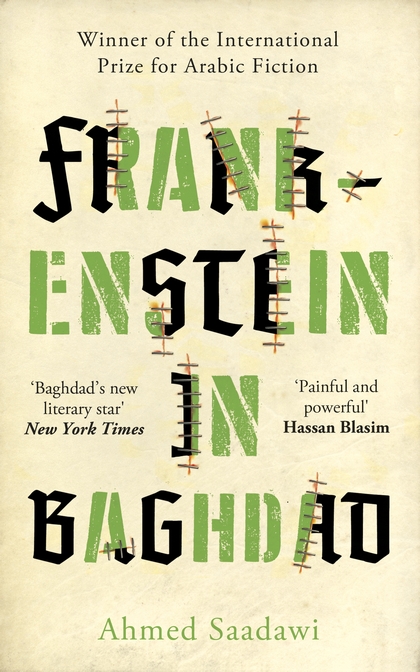 Recently translated from Arabic into English, Ahmed Saadawi’s Frankenstein in Baghdad also carries the Frankenstein story into the present day. Hadi is a junk seller, who begins picking up pieces of bodies blown apart by frequently bombings. He stitches the pieces together, hoping that if a body is made whole, someone will bury it. Instead, he creates a new being, whose constituent parts are motivated to finish off the business of their previous lives. Saadawi’s retelling offers a reflection on the effects of violence and justice in the war-torn Middle East.

Revolutionary for its time, Shelley Jackson’s Patchwork Girl has become a classic of electronic literature. First experienced via CD-ROM, readers picked their way through the story via clickable links that led them down different story paths. In this feminist retelling, inspired by Mary Shelley’s Frankenstein and L. Frank Baum’s The Patchwork Girl of Oz, the female creature’s composite body serves as a metaphor for the objectification of the female body. Additionally, the fragmented structure of this hypertextual story echoes themes of free will and determinism also addressed in Shelley’s original.

In Griffin’s postapocalyptic novel, humanity has been ravaged by an epidemic and everyone is missing parts. Nell, the protagonist, is different from other humans, who might have prosthetic arms or legs. Instead her father has given her a ticking heart. An alienated Nell decides to build herself an android companion, causing readers to contemplate some of the same questions that Mary Shelley asked. How far is too far in terms of technological progress? Why is companionship important to us? And, ultimately, what does it mean to be human?